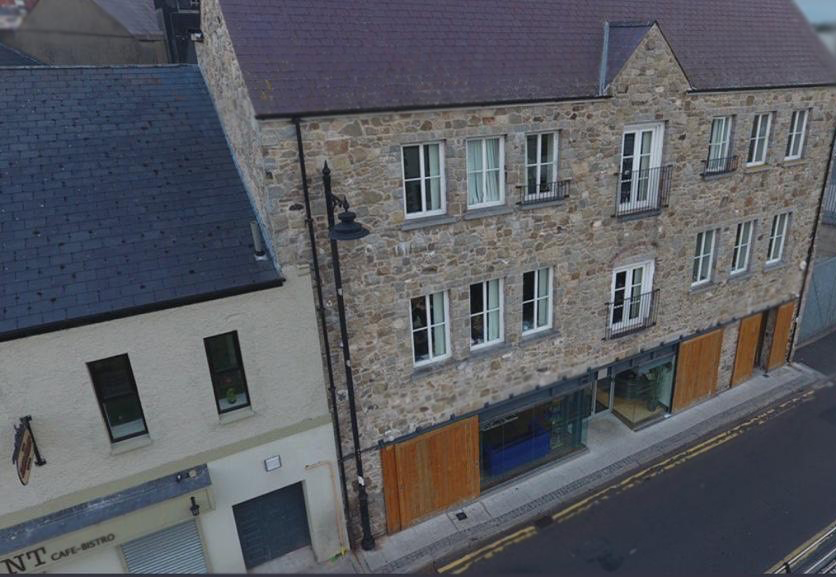 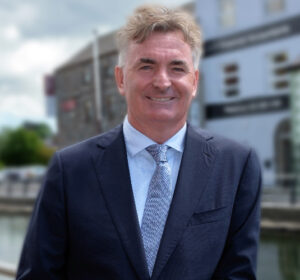 FD Technologies plc is a group of data-driven businesses that unlock the value of insight, hindsight, and foresight to drive organizations forward. The Group we know today owes its success to Brian Conlon, a true FinTech pioneer. Brian established First Derivatives (FD) in 1996 from his mother’s spare bedroom with a loan of £5,000 from the Newry Credit Union and built the company into the technology powerhouse it is today. Since its inception, FD has grown rapidly under Brian’s leadership and now employs thousands of people across the world, with offices across North America, Europe and Asia-Pacific.

Brian’s background was in the capital markets sector where, following training with KPMG, he joined the risk management team in Morgan Stanley International, London. Following this, he joined SunGard, a major global derivatives software house, as a capital markets consultant, during which time he worked with more than 60 financial institutions worldwide. Having spotted a niche in the market, Brian left SunGard in 1996, bringing his experience and expertise home to launch FD.

Following years of organic growth, in 2008 FD acquired Philadelphia-based Market Resource Partners (MRP), which specialized in sales and marketing programs for software and technology firms, to accelerate FD’s expansion in the US and sectors outside of capital markets. Brian was also quick to recognize the growing trend for big data and fast data, particularly in the financial services market. After many years of partnering to offer customers a time-series database, in 2018 FD completed the acquisition of Kx Systems, a software firm delivering real time streaming analytics. In parallel, FD acquired Prelytix, a US-based software company providing predictive analytics based on the billions of data points generated across real-time advertising data, website traffic and social media. Prelytix had been partnering with MRP to provide predictive analytics as part of a marketing solution and Brian recognized the synergy with KX. This acquisition created one of the first end to end marketing technology platforms. Since then, MRP has been consistently recognized in the Forrester Wave report as a leader in enterprise account-based marketing (ABM). Brian believed in the ability to transform clients’ operational performance by unlocking the value of their data and expanded FD with technology acquisitions to realize his vision.

Despite significant success on the world stage, Brian ensured his hometown of Newry remained as the Company’s headquarters throughout its existence. That commitment generated exciting career opportunities not only for local people but also for graduates from around the globe. Indeed, all new joiners descend upon Newry to begin their career with FD and kick start their initial training period. Undoubtedly, Brian’s investment in Newry has been instrumental in establishing the town as a global centre of excellence for financial services technology & consulting.

Amongst the numerous awards that Brian received was the EY Entrepreneur of the Year Award in 2010, the NI Institute of Directors in 2018, for Excellence in Director and Board Practice, recognizing his exceptional abilities to motivate and lead his employees and The AIM Director of the Year in 2018. In 2012 Brian received his most treasured award, when he was awarded a Doctorate from Queen’s University Belfast, (from which he graduated in 1987,) for his services to business and commerce. The management school paid tribute to Brian on his passing, describing him as one of the most successful and influential Queen’s University graduates ever. In addition, it should be noted that Brian was instrumental in creating the first-ever trading room anywhere in Ireland within his alma mater, suitably named the First Derivatives Trading Room. The trading room was set to encourage a career in financial services by emulating trading rooms in cities such as New York and London.

A family man and father of 2, despite all his accolades, Brian was a humble, private man who thought little of the trappings of his success and enjoyed nothing more than spending time with his family and closest friends. His love of a quiet pint, discussing all things Down GAA, with a dry sense of humor, made him great company and everyone who came into his presence has a story to tell. His immense generosity, much of which has only come to light since his passing, illustrates the special and modest person he was.

Brian’s business acumen; his inspirational and unique management style, the work hard, play hard ethos he cultivated, and the encouragement and belief he showed in each employee is what made working for him at FD so special. It is significant to note, the number of employees who have remained with Brian from 1996, and the many others who have spent their entire careers to date working alongside him. He was highly respected by all his employees and many considered him not only a boss and mentor but a true friend.

Due to Brian’s strategic vision and leadership, FD continues to be a leader in its industry. The company is committed to building upon his legacy and will continue with the drive, ambition, and determination with which he inspired those around him. His sudden passing left not only a massive void in his family’s life but within FD. For the significant impact he made in the FinTech industry and to the island of Ireland, his extraordinary accomplishments will always be remembered, and Brian Conlon, the man, will be sorely missed.