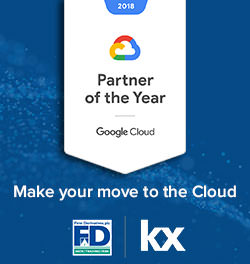 First Derivatives, a leading global provider of software and consulting services, announces its sponsorship of the Asian Gaelic Games Tournament 2016 for the fifth successive year. First Derivatives is a Platinum Sponsor for this year’s event, which is held in Shanghai from November 5th-6th, making the Company one of the highest profile sponsors at the tournament.

From its regional operational hub in Singapore, First Derivatives has major growth plans in Asia. With existing clients in Singapore, Hong Kong, Tokyo, UAE, Sydney and Malaysia, which are supported by young Irish FD consultants working in the region, the decision to sponsor this year’s Games was obvious.

With an average employee age of 26 among its 1600+ staff globally, First Derivatives’ links with sport and with the GAA in particular have been well documented. Brian Conlon CEO of First Derivatives was himself a senior county footballer for his native county Down. Past and present there are other county players within the company’s ranks and the social connection afforded by sports bodies such as the GAA allow the Company’s young consultants to feel home from home when seconded overseas. Across the globe the Company boasts male and female players with teams such as the Manhattan Gaels, Hoboken Hurlers and Armagh NY in the US, Thomas McCurtain Mens and Ladies teams in the UK, Stockholm Gaels in Sweden, St Pat’s Toronto in Canada and the Tokyo Gaels in Japan.

First Derivatives’ Chief Operating Officer Adrian Toner said:
‘Our sponsorship of the Asian Gaelic Games over the past 5 years highlights our connection with Irish culture and love for the sport. With this sponsorship, we hope to further raise our business profile among the Irish diaspora living and working in Asia. Markets in Asia-Pacific are still experiencing strong growth, however, our aim is to expand our operations further to match the growing demands for our software and services’

Joe Trolan Chairman of the Asian Board quoted:
“The ACB are once again delighted to have First Derivatives as a major sponsor of Annual Asian Gaelic Games in Shanghai, China. This year marks the 21st year of the games and they have been getting bigger and better every year. The level of the games has improved, but more importantly, the diversity of the participants has continued to increase every year with many locals picking up the game for the first time. This growth has been fuelled by the support of First Derivatives and it is hoped that we can continue the relationship in what has become one of the most exciting and fastest growing Gaelic sport tournament outside of Ireland.”

About First Derivatives
First Derivatives is a global provider of software and consulting services. With over 20 years’ experience working with leading financial institutions, it continues to deliver technologically advanced, award winning products and services that anticipate and respond to the evolving needs of global capital markets, and many other industry verticals. First Derivatives currently employs over 1600 people worldwide and counts many of the world’s top investment banks, brokers and hedge funds as its customers. It has operations in London, New York, Stockholm, Shanghai, Singapore, Toronto, Sydney, Dublin, Newry and Hong Kong.