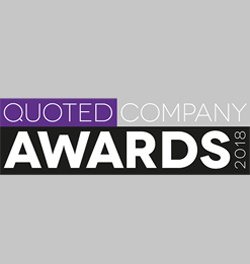 Fintech Company of the Year

First Derivatives plc (FD) has been awarded the Fintech Company of the Year at the Grant Thornton Quoted Company Awards in London on 31 January 2018.

The Grant Thornton Quoted Company Awards is open to over 1,000 companies that are quoted on the AIM and recognises ‘the achievements of quoted companies and their key directors listed outside of the FTSE 350,’ according the awards group.

FD was given this award for being recognized for “the innovative nature of the technology and its impact in disrupting existing practises in the sector,” the awards group said. It also took into consideration the commercial performance of the companies nominated.